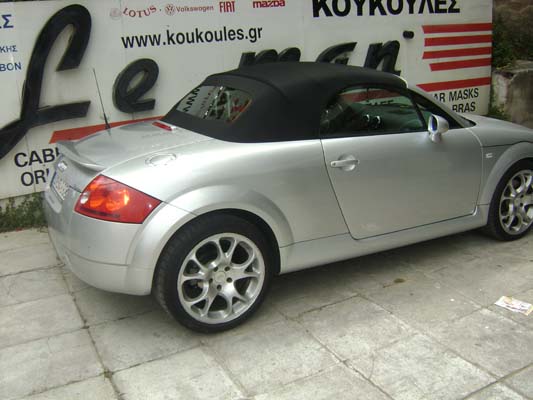 The Audi TT is a 2-door compact sports car marketed by Volkswagen Group subsidiary Audi since 1998. It is assembled by the Audi subsidiary Audi Hungaria Motor Kft. in Győr, Hungary, using bodyshells manufactured and painted at Audi's Ingolstadt plant for the first two generations and parts made entirely by the Hungarian factory for the third generation.
For each of its three generations, the TT has been available as a 2+2 coupé and as a two-seater roadster employing consecutive generations of the Volkswagen Group A platform, starting with the A4 (PQ34). As a result of this platform-sharing, the Audi TT has identical powertrain and suspension layouts as its related platform-mates; including a front-mounted transversely oriented engine, front-wheel drive or quattro four-wheel drive system, and fully independent front suspension using MacPherson struts.