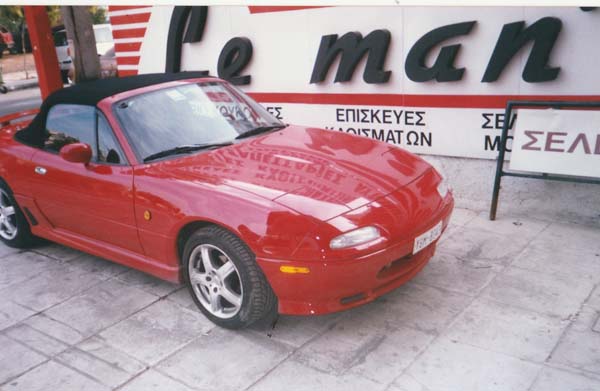 The Mazda MX-5, released as the Mazda MX-5 Miata in North America and as the Eunos Roadster or Mazda Roadster in Japan, is a lightweight two-seater roadster with a front-engine, rear-wheel-drive layout. Manufactured by Mazda in Hiroshima, Japan,