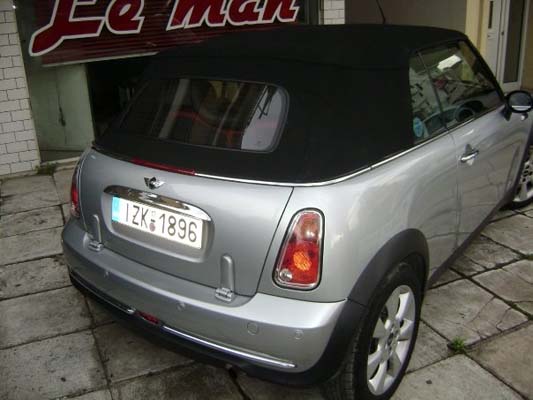 Mini Cooper may refer to:
•    The Mini (marque), which includes a number of different models produced by BMW since 2000. A number of different models have cars with the "Mini Cooper" title, including the Mini Hatch, the Mini Clubman, the Mini Countryman, the Mini Coupé, the Mini Roadster, and the Mini Paceman.
•    A Mini model called the "Mini Cooper" was made by the British Motor Corporation from 1961 to 1971, then from 1990 to 2000. John Cooper, owner of the Cooper Car Company and designer and builder of Formula One and rally cars, saw the potential of the original Mini for competition, and worked with Issigonis, the designer of the original Mini.
•    There is also a cabrio  version of mini cooper